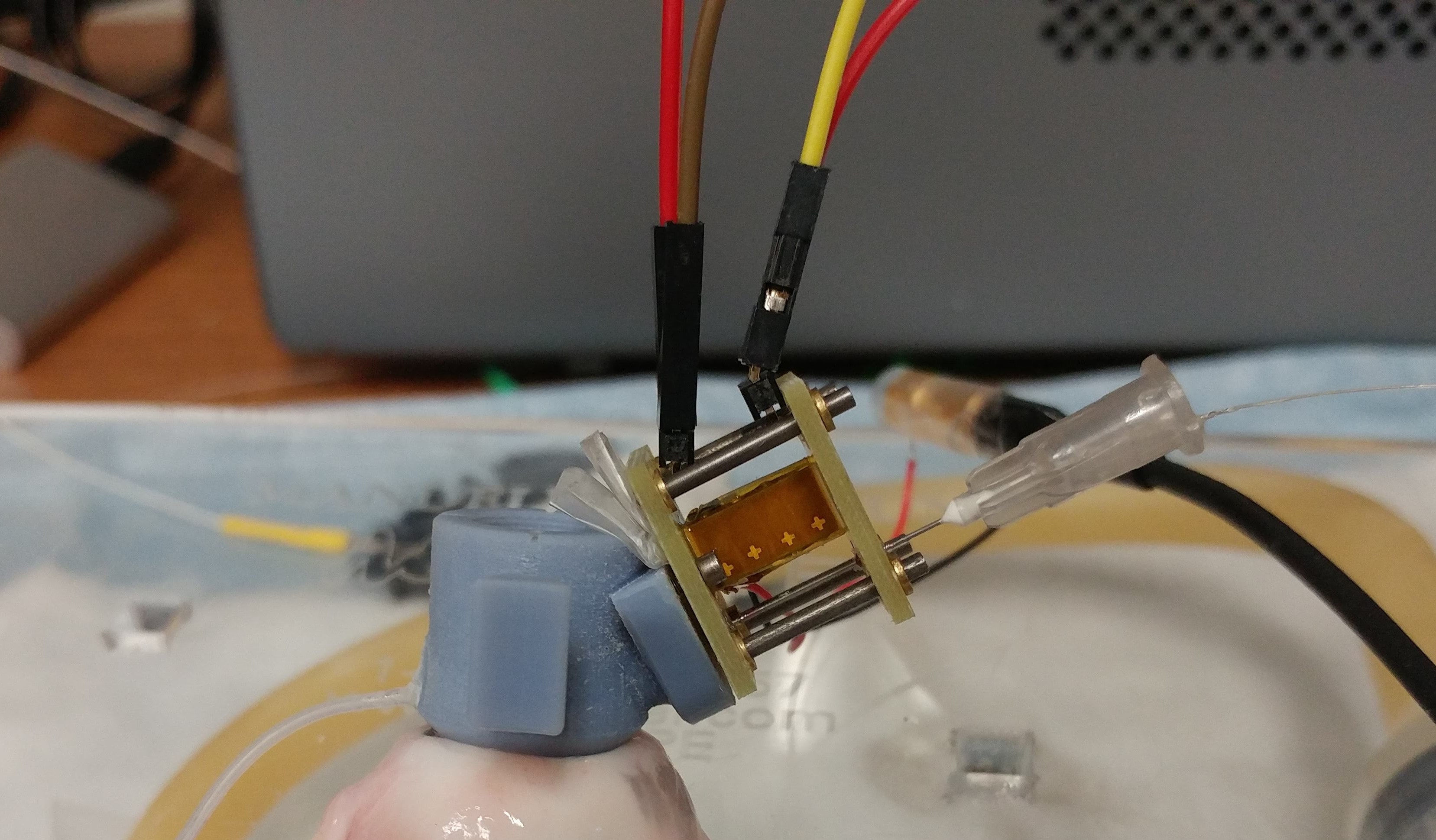 Starting in April of 2019, I began work with Dr. Axel Krieger of the Medical Robotics and Instrumentation lab at UMD on device for precisely robotically performing corneal transplants. Specifically, I worked on developing and validating a novel actuator for performing micro-positioning of a hypodermic needle as a part of the Deep Anterior Lamellar Keratoplasty (DALK) process. The results of this work were eventually presented at the 2021 International Conference on Intelligent Robots and Systems (IROS)

The device consisted of two printed circuit boards separated by a piezo-electric stack. Each board had a small via drilled through it, and in the via was set a nichrome wire coil coated in wax. The hypodermic needle passed through both coils, and by precisely alternating the cycle of heating and cooling the coils with the extension and contraction of the piezo-electric element, the needle could be inched forward by increments of 10 microns or less. While the principle was originally developed by Mladen Barbic of HHMI, we refined the device at larger scale for surgical application.

The lab had built previous devices for moving the needle, but they consisted of servomotors with large gear reductions and leadscrews, resulting in an assembly far too heavy to rest on a human eye. The simple, lightweight nature of the piezo-electric actuator assembly made it feasible to suction the device directly onto an eye, preventing relative motion between the cornea and the device. 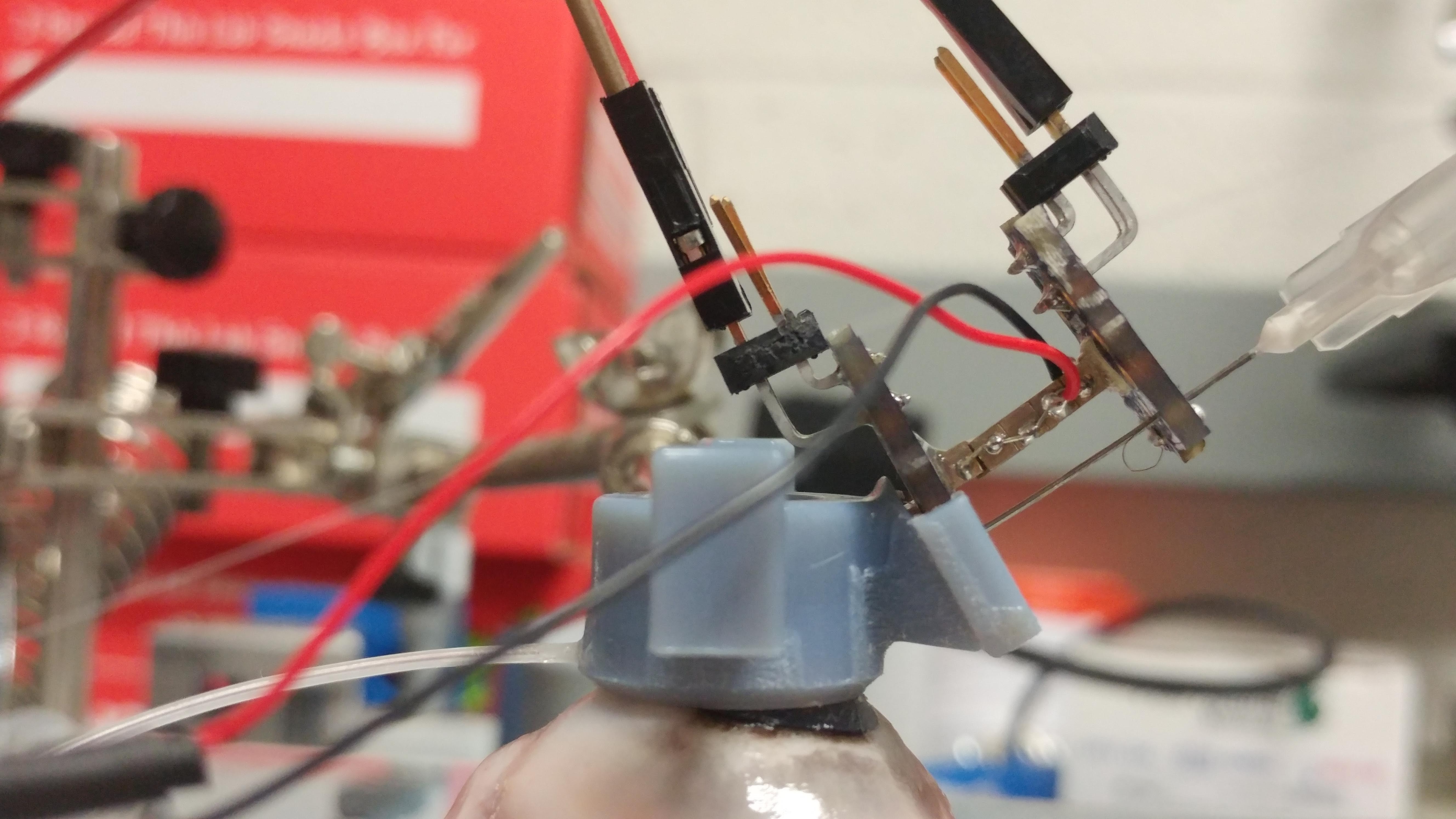 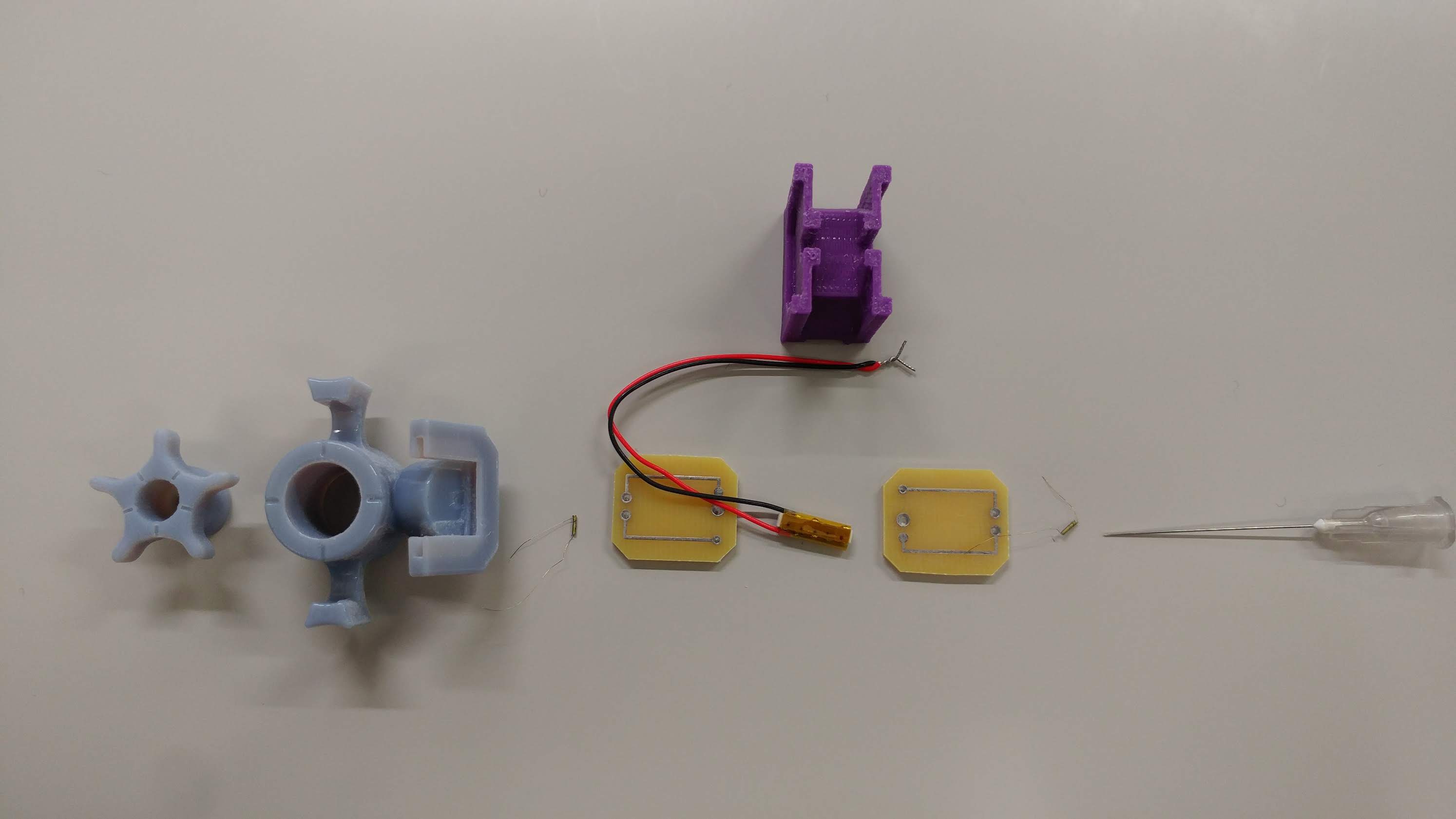 After building the device, I wrote firmware to provide the necessary current pulsetrain for motion, and tested its positioning accuracy in experiments on porcine eyes.

This work, with further developments by Justin Opfermann of JHU, were accepted for presentation at IROS 2021.