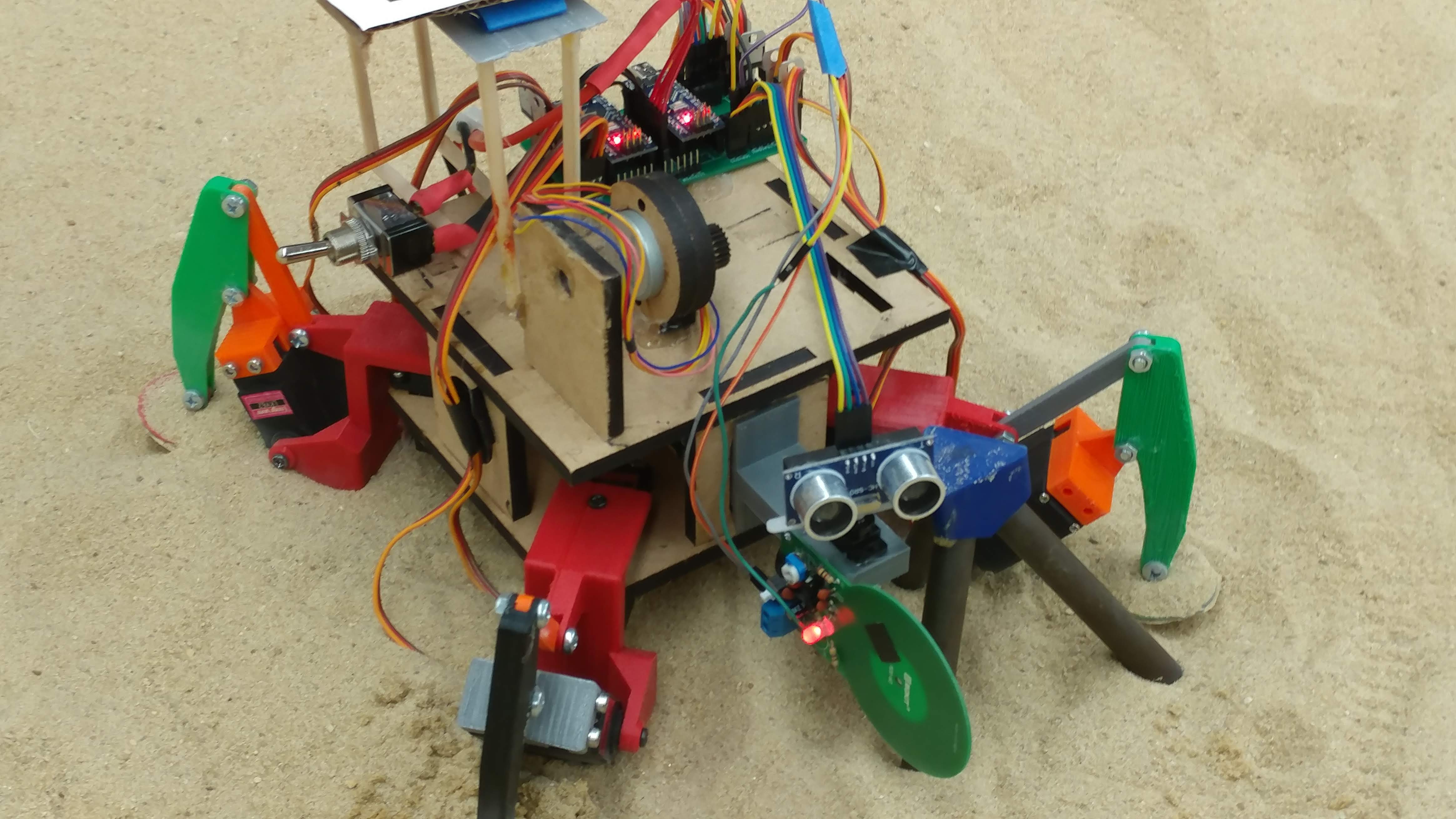 As part of Introduction to Engineering, students at the University of Maryland are expected to build a wheeled robotic vehicle to traverse sandy terrain and measure some objective. Feeling the need to challenge ourselves, my team instead decided to build a quadruped walker. I pushed the idea in its initial stages and spearheaded the development of the chassis, walking mechanism, and robotic gait. The resulting robot successfully completed the mission, and our team was awarded Most Innovative by a panel of outside judges at the final course presentation.

The leg was designed with two degrees of freedom. While this limited the flexibility of the gait, it did mean that 4 fewer servo motors to purchase and control, which was a nontrivial consideration for the project's budget and complexity. 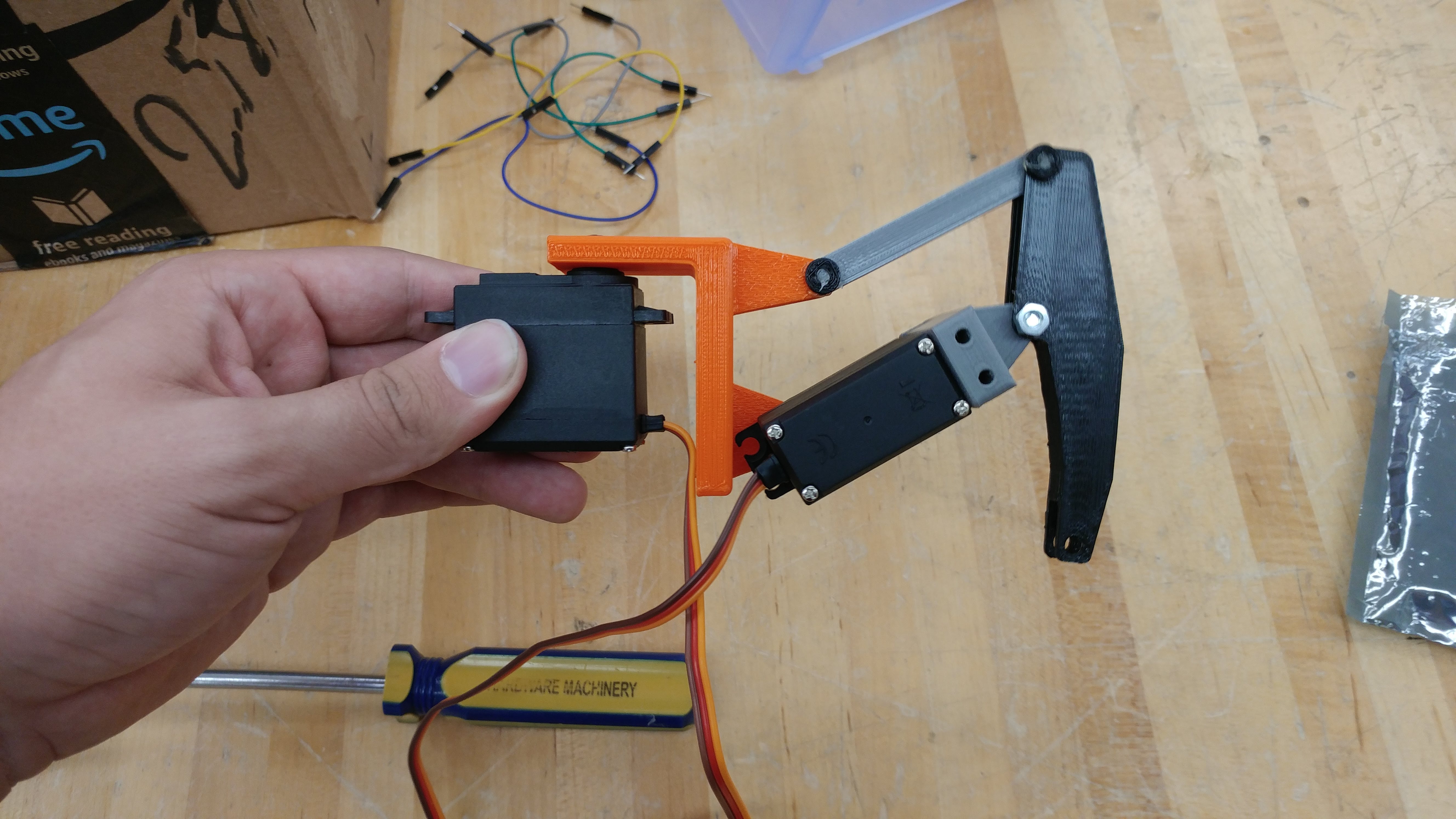 After an initial bracket cracked at a sharp inside corner, I redesigned it to reduce stress concentration.

I designed the chassis to be able to easily incorporate the core systems of the robot (power, locomotion, sensing, and control) and to be easily manufacturable. The result was a tab-and-slot assembly made of Medium Density Fiberboard (MDF) which we were able to make on a lasercutter.

The gait was designed to maintain stability at all times by keeping the center of mass supported by three legs. The robot initially struggled with crossing a "rocky" outcropping near the environment starting point, falling due to its high center of mass. I modified the gait to perform the same general pattern, but with the front legs vertical joints inverted, resulting in a lower center of mass, and reliable crossings.

Given the innovative nature of our robot design and out success in the challenge, we were invited to present at the final end-of-class showcase for a panel of industry judges, with the robot and our team winning the Most Innovative category. 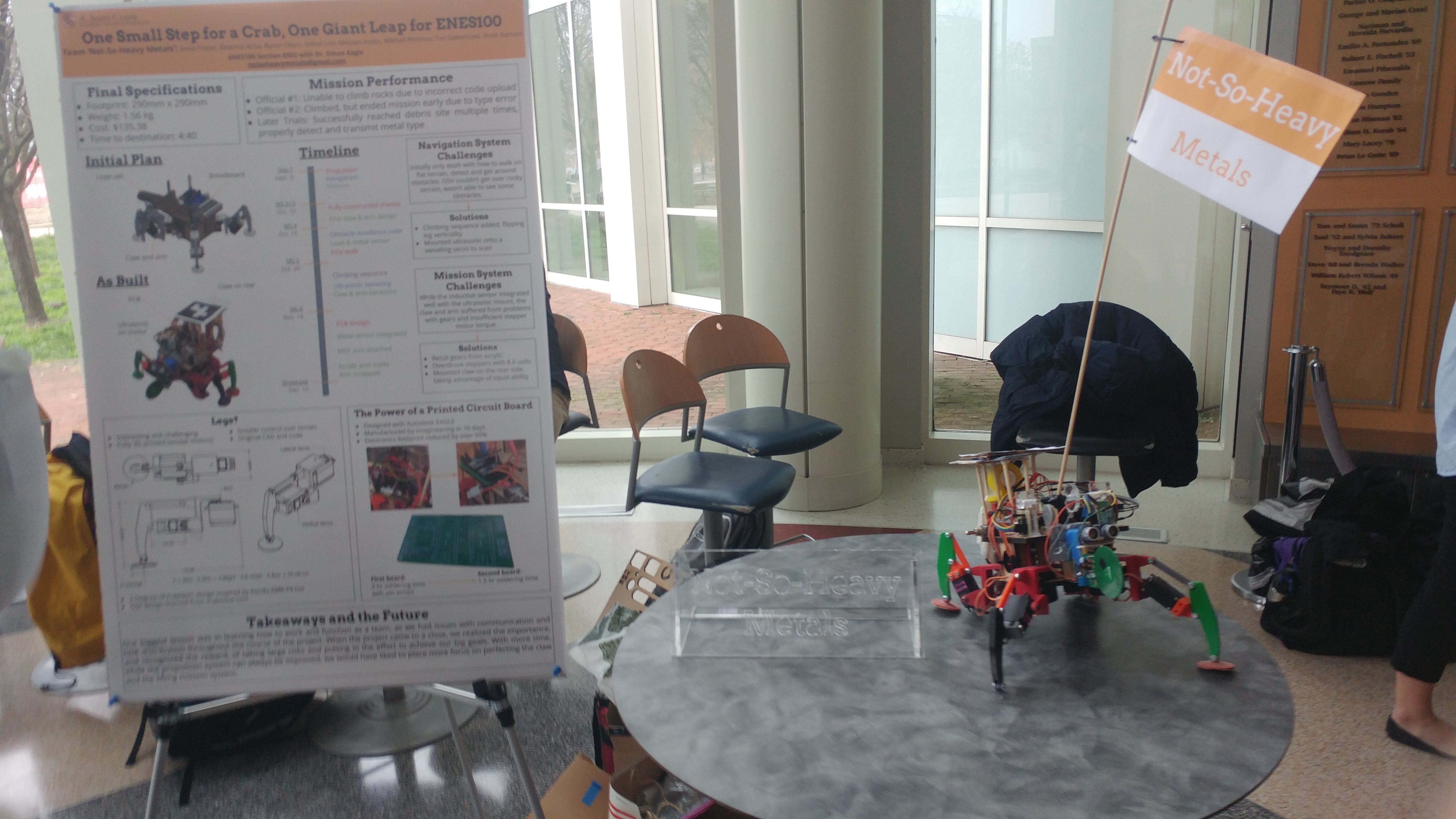