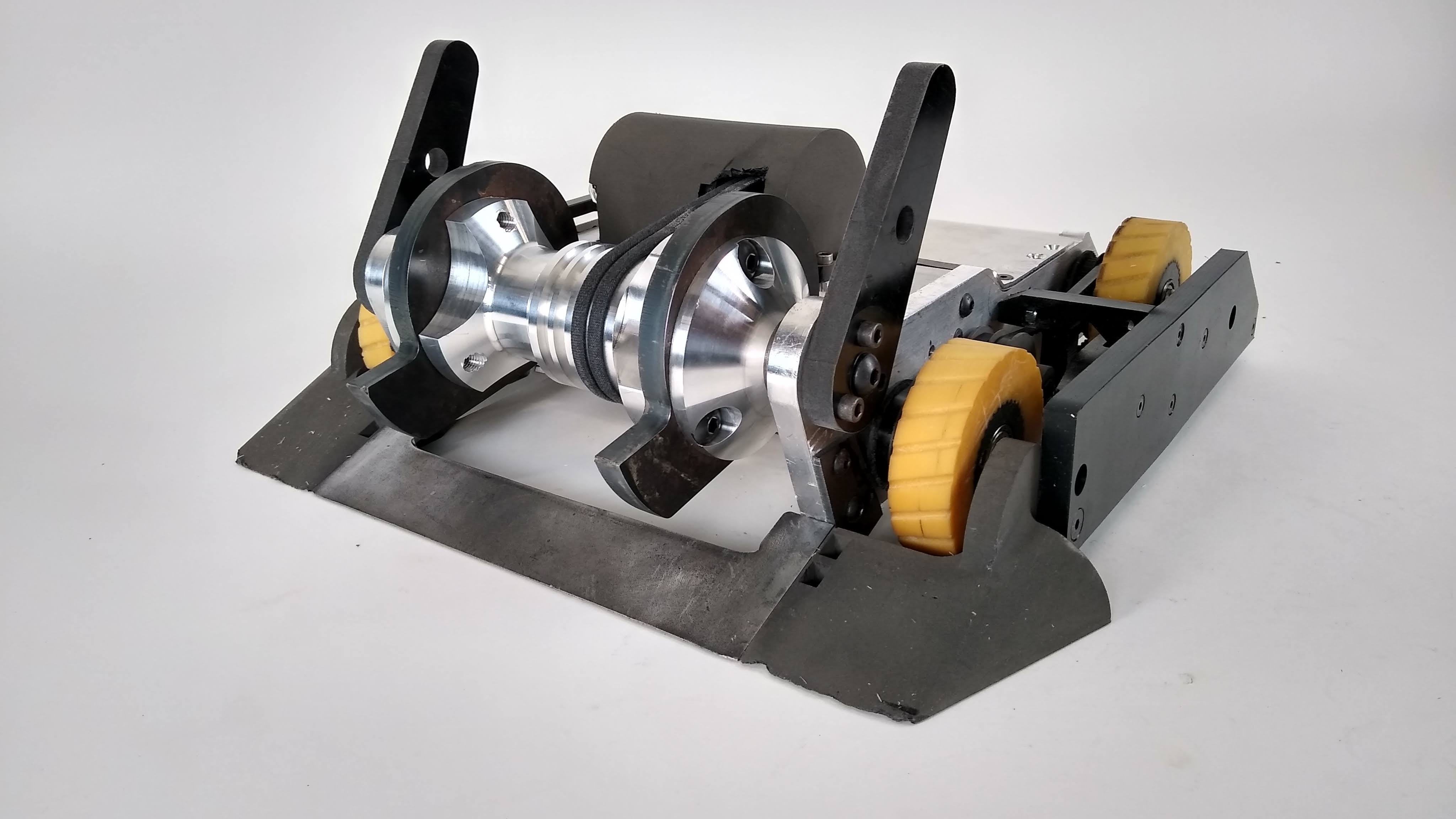 Warlock's back! Now with an improved weapon motor mounting scheme, strengthened wheel guard attachment, repacked electronics, and a welded AR400 front wedge, Warlock made its return to Norwalk in March with a record of 2 wins and 1 loss. One of the matches, in which we faced Northwestern University Robotics Club's "Jade", ended in a knockout 12 seconds into the match, after Warlock scored a devastating hit, ripping off Jade's weapon and disabling the bot. However, the forces involved in the hit were so great, that they also snapped Warlock's 3/4 in hardened steel weapon shaft.

Warlock ended the night by going out in a blaze of glory in a match with horizontal spinner "Tryhard". Despite losing its weapon early on, Warlock kept driving and ramming its opponent until Tryhard tore off one of Warlock's frame-rails, spewing the entire electronics assembly out onto the arena floor.

While I, having graduated from the University of Maryland, will not be continuing work on Warlock, the team is looking to redesign the machine for Fall 2022 to be more resistant to horizontal hits so it can rematch Tryhard and triumph.