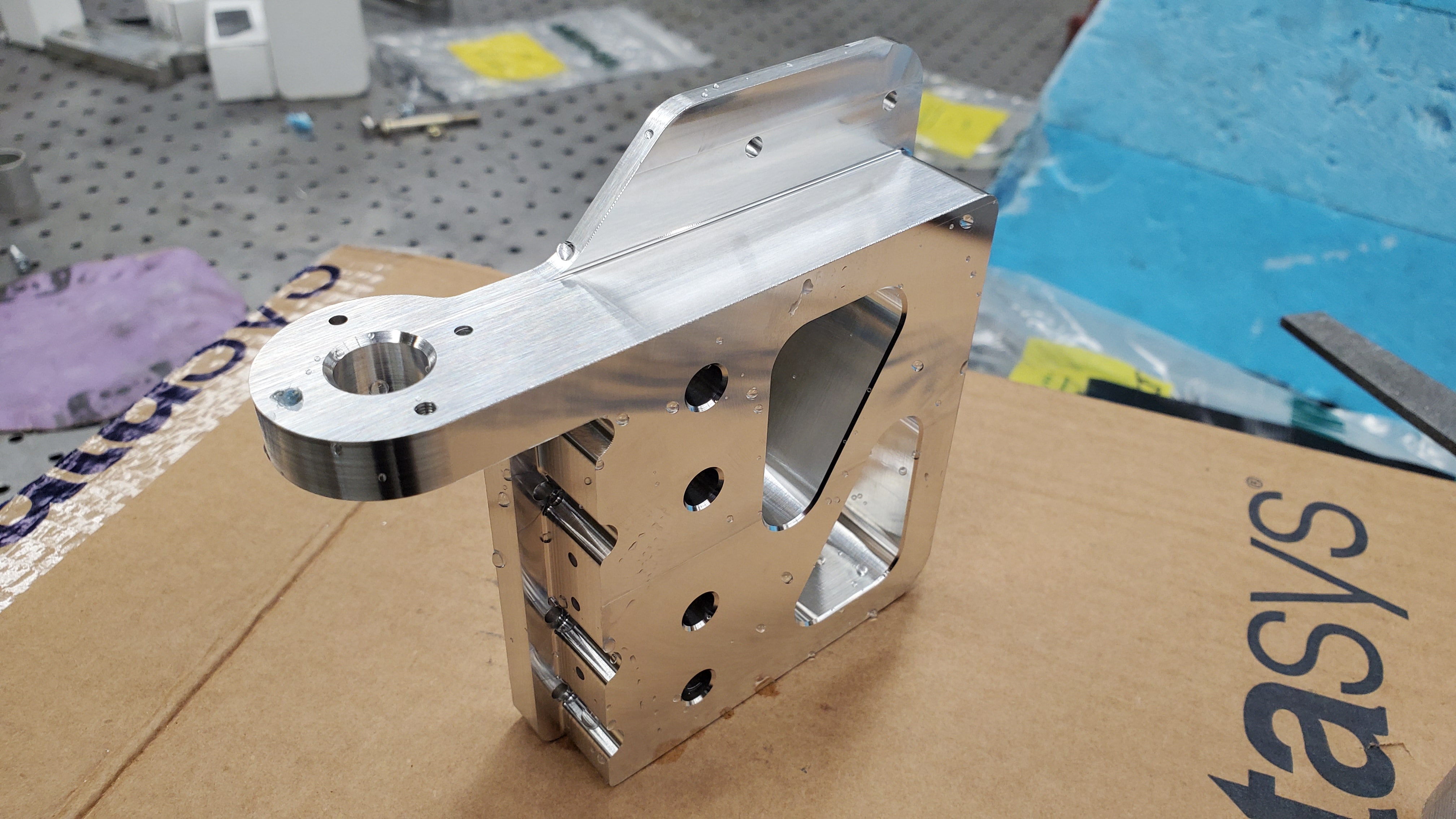 In late 2020, I was approached by a friend, one of the co-founders of the design, prototyping, and printing startup JMakes3D for help with the production of certain parts for their planned new high temperature 3D printer. The project consisted of 5 parts, two of which were mirrors. All parts were machined from a 5"x5"x5" piece of 6061 aluminum, cut to initial stock size on a horizontal bandsaw. CAM was done in Autodesk Fusion 360, and the pieces were cut on an Okuma Genos M460-VE CNC mill. 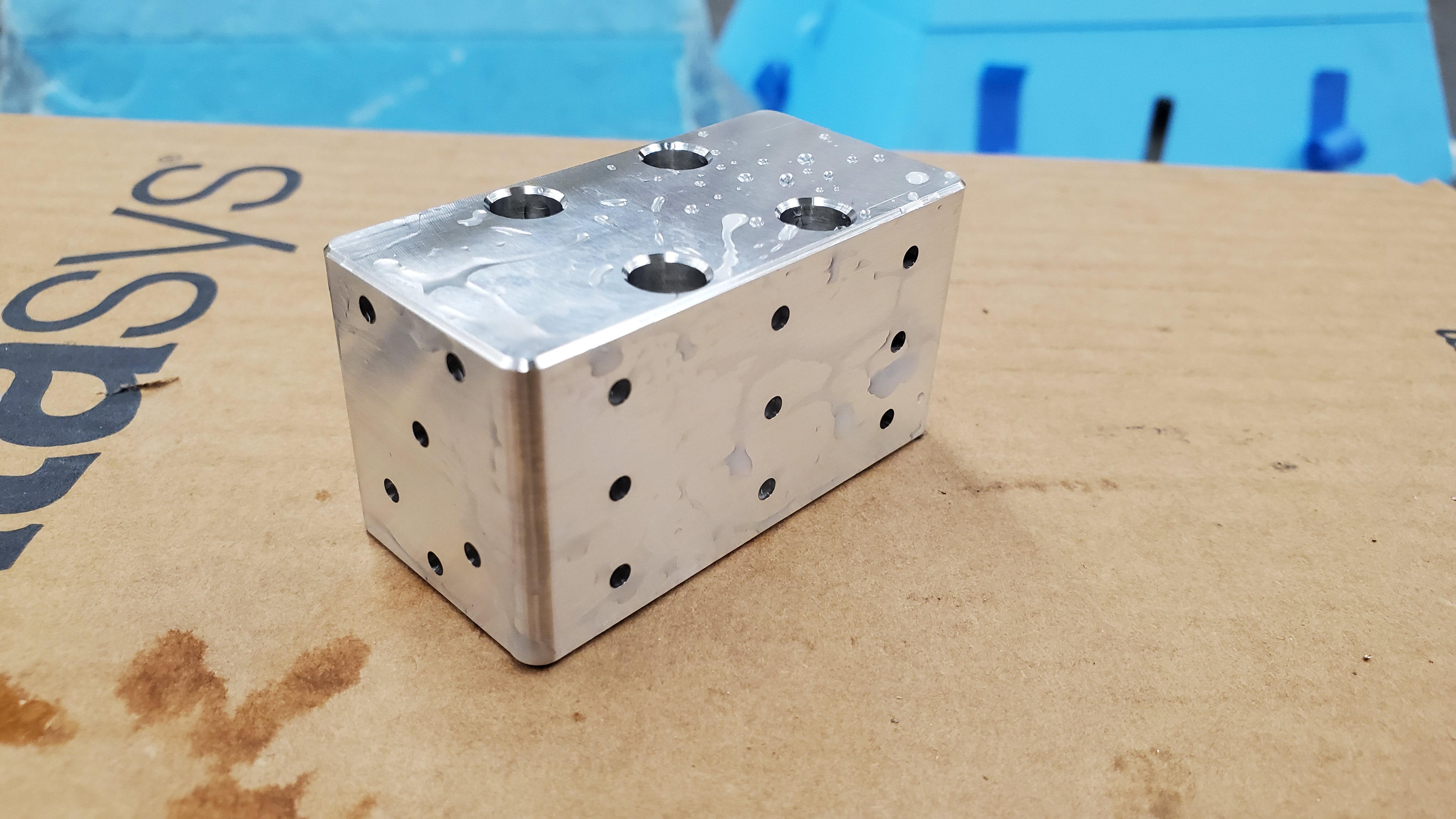 The project was especially interesting as CAM exercise, as certain parts had features that could not be easily accomplished in a single 3-axis operation but flowed together with others. As such, it was very important to consider the order of operations and setup to allow everything to be machined to spec without the aid of additional axes. 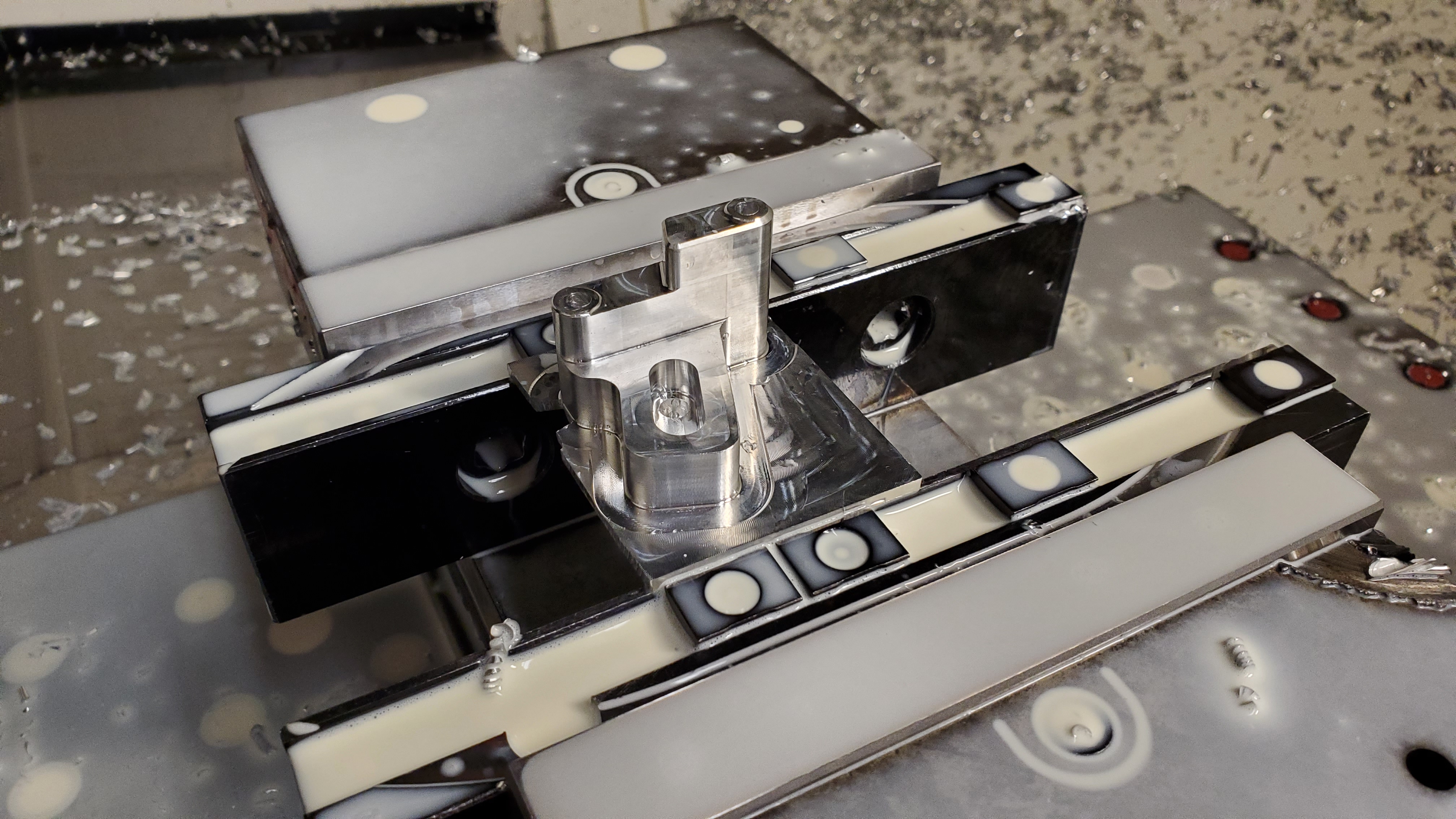