While at the University of Maryland, I took a leading role in Leatherbacks, the school's combat robotics team. Hubris was the second combat robot I was involved with, a 12 pounder, and the first in which I handled a significant portion of the manufacturing, doing the majority of both the design work and milling for the two drive pods that propel the bot, working in Solidworks/HSMWorks.

Hubris was designed to be a powerful wedge, with no active weapon and all of weight instead being dedicated to armor and drive power. As the wedge was to be made wide, it was necessary to split up the drive and control electronics into two separate drive pods, which would house independent batteries, receivers, motor controllers, and motors. For maximum strength, the decision was made to mill the pods out of billet aluminum, and I worked on designing all of the mounting points and geometry which would allow the pods to go together with the rest of the robot while still staying under the allocated weight budget.

CAM was performed in HSMworks within Solidworks, and the pods were milled on an Okuma GENOS M460-VE CNC mill. Due to both the face-mounted gearboxes on the pod's side, and the angled bolted connections which engaged with the rest of the wedge, each pod required four operations in the 3-axis mill. 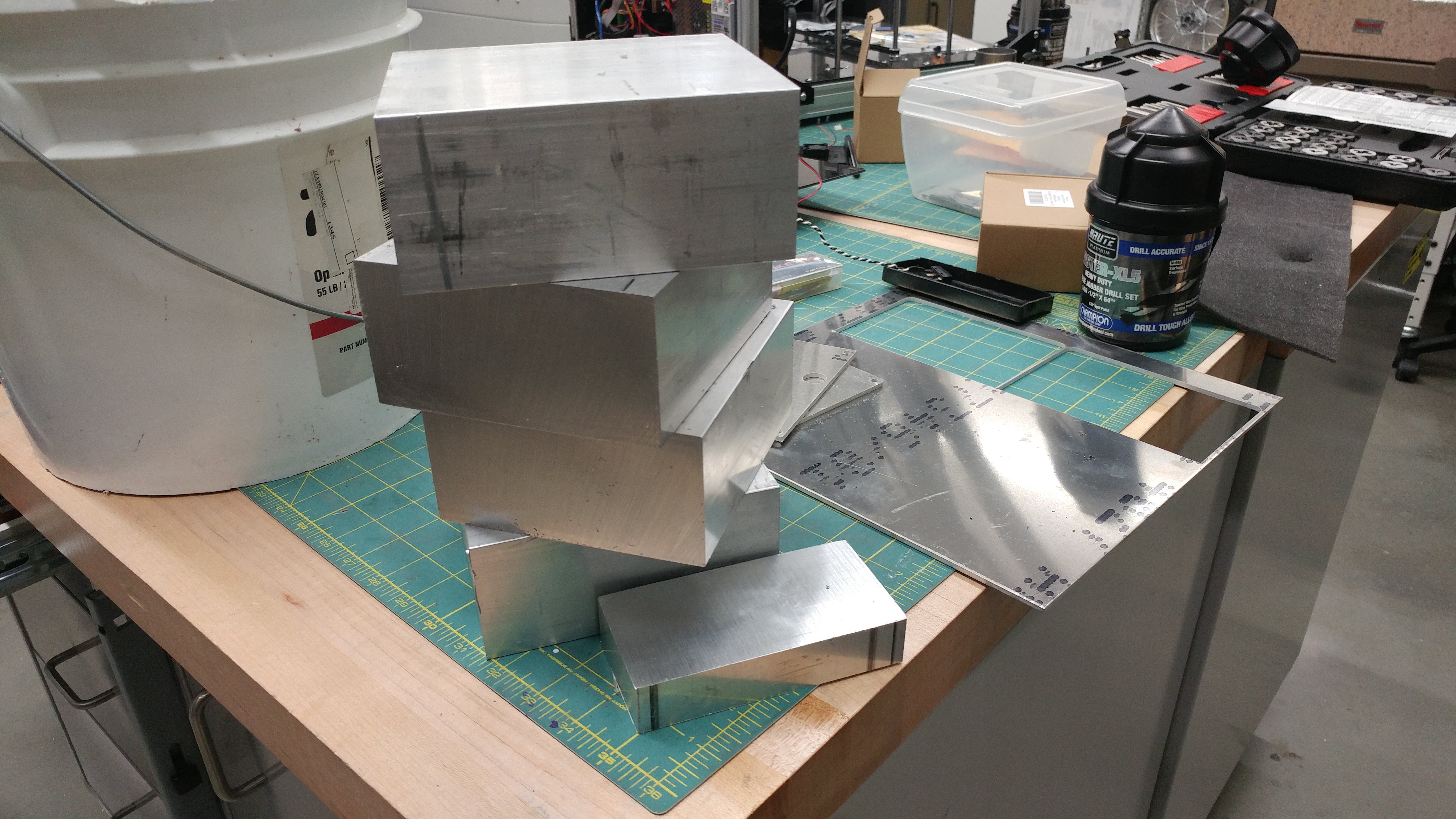 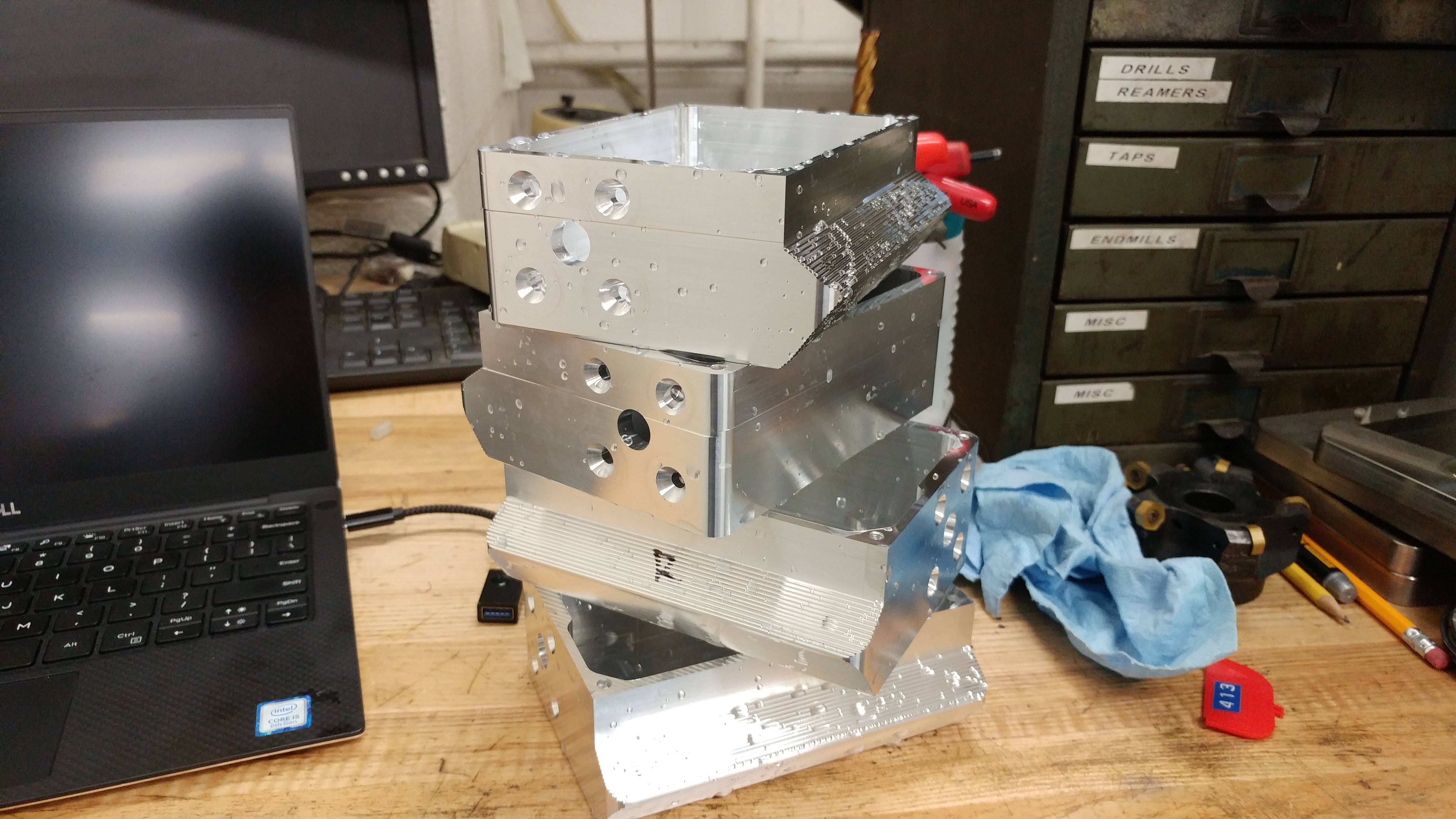 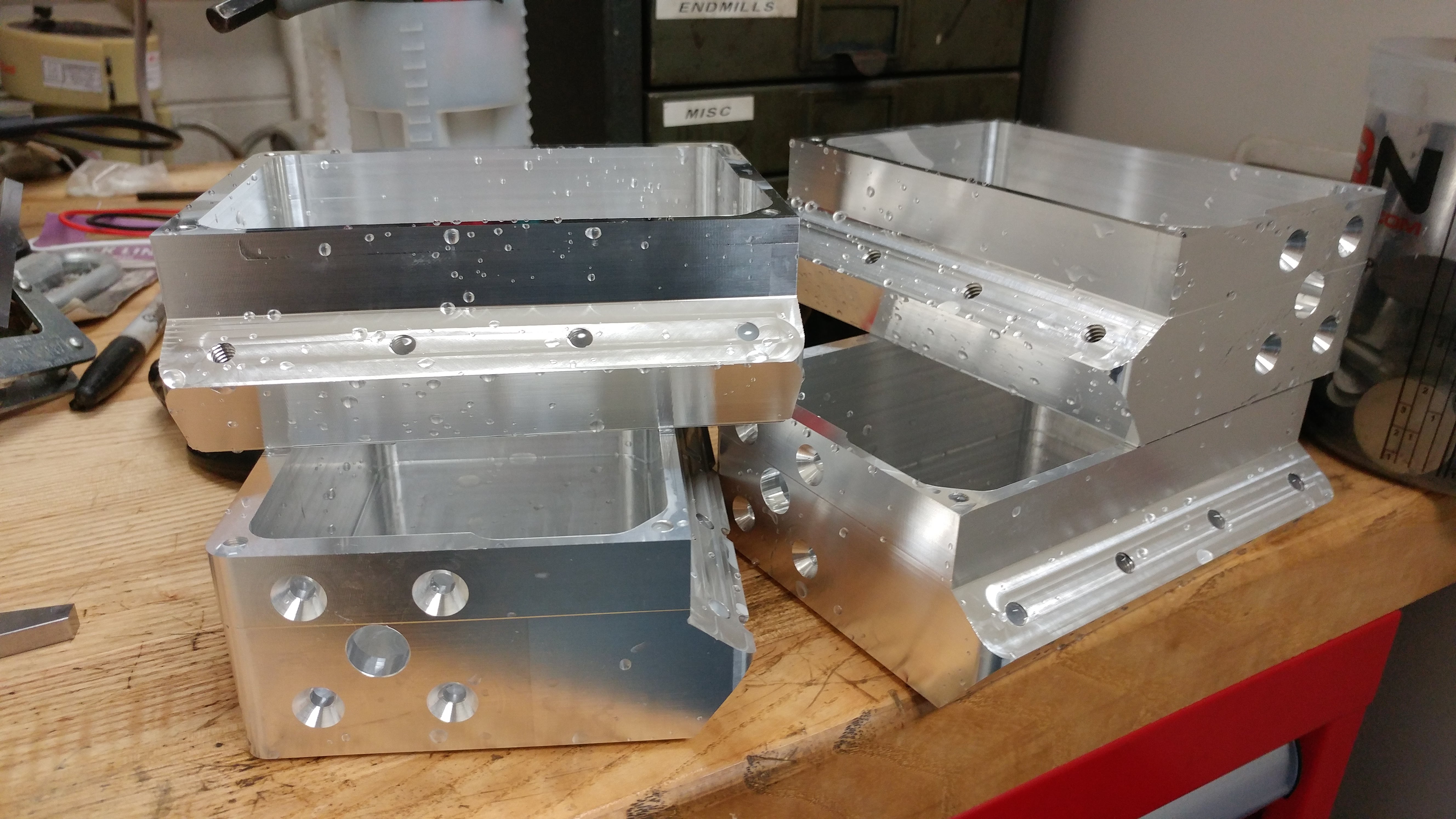 Given the potential for heavy damage in combat robotics, spare were made of each pod side, for a total of four milled pods. After milling, the parts were bolted on to the main wedge, and integrated with the electronic and drive systems.